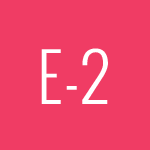 Can I enter the US on my E2 visa? If you have been physically present in the UK or Ireland, Europe, Brazil, China, or Iran within the 14 days before your scheduled arrival into the US you may need a national interest waiver.

An E2 visa is available to certain individuals and businesses investing in the US as treaty investors, who may start up or purchase a business in America. Greenwood Hanlon Kendrick act as immigration counsel for individual investors, as well as companies of all shapes and sizes, providing bespoke advice and strategy. Our attorneys also counsel EB-5 high net-worth investors.

We are based internationally by the US Embassy in London, at 28 Grosvenor Street, to better serve our clients in Europe, while our New York City office is located at 200 Park Avenue, Suite 1700, to support and counsel our US based clients. Contact us now for more information, and see our recent feature in the Times of London, courtesy of Raconteur Media.

In an effort to facilitate foreign investment and trade, the United States has entered into reciprocal agreements, called treaties, with certain countries, allowing individual investors and traders bearing the nationality of these countries, as well as foreign companies and their employees, owned by a majority of treaty nationals, to enter the United States to live and work pursuant to the terms of the treaty. The treaty terms vary depending on whether the person, partnership or company is a trader or investor. The US classifies traders under a category of visa called ‘E1‘, and investors under a category called ‘E2′. Please see our E3 visa page for the Australian ‘Specialty Occupation’ visa.

At a glance, E2 visa eligibility is based, among other things, on:

The easiest way to understand the terms of the E2 visa are to consider them in the context of a number of business needs as often seen by the attorneys of Greenwood Hanlon Kendrick. Alternatively, you may contact one of our attorneys for a free no-obligation assessment of your particular circumstances.

One way to think of the E2 visa is as an entrepreneurial visa, the term investor can be misleading to some individuals, who wrongly assume that it only applies to aloof millionaires enhancing their investment portfolios across the pond. Instead, the foundations and scope of the E2 visa are much more grounded, allowing entrepreneurs to build and grow small profitable businesses in the United States, reaching an American audience. At its core, the E2 visa allows for entrepreneurial individuals who possess the nationality of a treaty country to invest in a:

Whether starting-up a for-profit business or purchasing an existing one, entrepreneurs often worry that their investment may not be substantial, and speculate on what amount of money will allow them to direct and develop their enterprise in the United States. It is important to understand two things here:

Writing a comprehensive E2 business plan, demonstrating your E2 investment is substantial and meets all of the requirements, often causes unnecessary anxiety. Seasoned investors, entrepreneurs, and business school graduates are used to writing business plans, but for very different audiences, and do not usually understand what a consular or immigration officer wants to see.

At Greenwood Hanlon Kendrick, we offer an unrivaled service. A well prepared and compliant business plan can make all the difference to your case. See our E2 visa business plan preparation service for details.

It is important to understand that the underpinning of an E visa is nationality. The attorneys at Greenwood Hanlon Kendrick can advise you whether your country has a qualifying treaty of Friendship, Commerce and Navigation with the United States. In the event your country does not have a qualifying treaty, there may be alternatives to the E2 visa that you can discuss with one of our attorneys:

Foreign companies, e.g. those not incorporated or organized in the United States, owned by a majority of treaty nationals, can apply for E2 Treaty Investor registration with a US Consulate, if among other things, the foreign parent company:

The advantages of registering a United States company with E2 Treaty Investor status are numerous:

The advantages of E2 status must, of course, be considered and weighed in the context of your company, and its long and short term objectives. For example, the L-1A Intracompany Transferees Visa is often favored by foreign businesses who are not owned by a majority of treaty nationals, or who wish to establish or send employees of any nationality to a branch or subsidiary in the United States, without having to make a substantial investment.

Some companies opt to register a United States company with E2 status to send middle management or new asset employees with the appropriate nationality to the United States, while preferring to obtain L-1A Intracompany Transferee visas for senior management and executives, with the intention that they become permanent residents. Following an initial E2 registration with a US Embassy or Consulate, sending foreign employees, who have the same nationality as the treaty company’s parent, to the United States to fulfill executive, supervisory, or essential roles within the US company is a quick and inexpensive process, which our lawyers have extensive experience with.

The spouse and dependent children (those under 21 and unmarried) of an E2 visa holder (investor or an E2 employee) are permitted to travel on dependent E2 visas, and can be of any nationality. Moreover, E2 dependents are eligible to apply for unrestricted work authorization in the United States at any company. Children are also eligible to study at US institutions.

E2 Treaty Investor visas, as well as E2 company registrations, are typically issued for 5 year periods, and although the E2 visa is nonimmigrant in nature, it can be renewed indefinitely, so long as the company maintains its E2 status. Planning a renewal strategy with an attorney ahead of time is key to avoiding delays, denials, and loss of business. Contact us now for more information.

Circumstances change, and it is important to ensure that when they do, you know how they effect your company’s E2 registration, E2 visas and employees. Our E2 visa lawyers provide immigration advice to existing E2 companies and visa holders, and can file amendments with US Consulates and USCIS, without interruption to your business. We advise on the immigration aspects of expansions in the United States, including compliance, mergers of affiliates, additions of subsidiaries, foreign parent takeovers, and the sale of E2 businesses in the US.

US Government E2 visa fees are subject to change, but at present are as follows:

B1 in lieu of E2 (Prospective Investor Visa)

Finally, prospective E2 investors, who wish to scout and secure business locations, undertake meetings, and sign contracts in the US, may consider, if not eligible to travel under the Visa Waiver Program, the B1 in lieu of E2 visa. This visa also allows applicants to change status from the B1 to E2 visa from within the US.

US Corporate and Media Immigration Attorneys representing start-ups and existing entities looking to establish or grow their business in the United States. We work with artists, entertainers, essential employees, executives, families, HR departments, investors, media, traders and more across all industries.
This site uses cookies. View our privacy and cookies policy to learn more.