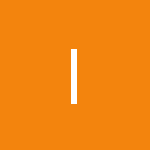 I Visa applications for journalists are central to our media immigration practice.

Echoing the spirit of the First Amendment, the ‘I Visa’ provides a path for foreign journalists to temporarily reside in the United States to solely report news back to a home audience.

An ‘I Visa’ is for the media traveling to the United States for work, specifically journalists, radio, and filmmakers whose activities are essential to their media organization, such as reporters, film crews, editors and persons in similar occupations who seek to enter the United States on work assignments.

If you are in any doubt as to whether you need an ‘I Visa’, call us now.

What are the requirements for an ‘I Visa’?

At a glance, ‘I Visa’ eligibility is based, among other things, on:

What documents do I need for an ‘I Visa’ application?

GHK Attorneys provide bespoke advice and representation, including concise document requests lists to ensure all the necessary exhibits are included in an application, to support our legal brief, which we submit to the adjudicating Consular Officer at the US Embassy.

Our firm is located by the US Embassy in London, for your convenience.

How much time does it take to process an ‘I Visa’?

It can range from days to weeks, depending on how complex the matter is, and how busy the consulate is. We suggest you start the process early, to avoid delaying your talent.

You can apply through a US Embassy, such as the one located by our London office, as well as by hiring a US law firm, such as Greenwood Hanlon Kendrick to enter an appearance on behalf of your brand and talent.

The process to renew an ‘I Visa’ is the same as applying for one in the first instance, you must demonstrate that you continue to meet all of the ‘I Visa’ requirements. Our immigration lawyers can discuss renewal strategies, including extension of status applications, with you, to prevent unnecessary and costly delays to your media work and deadlines.

How long does the ‘I Visa’ last?

The maximum validity of any non-immigrant visa is 10 years, but may be limited to less than 10 years on the basis of reciprocity, as well as in cases with inadmissibility related issues. Typically ‘I Visas’ are issued for the requested duration of the work assignment, which of course varies from case to case.

The maximum initial period of admission into the United States is for entire duration of the work assignment. Extensions of stay, in one year increments, may be granted as long as you continue in the same position or activity for which you were originally granted the ‘I Visa.’ Our attorneys can be retained to handle extension of status applications.

Can I take my family with me?

You may take your spouse and children (under the age of 21) with you, however they will need ‘I Dependent Visas’. Which will be issued for the duration of your ‘I Visa.’ Your ‘I Visa’ dependents may not work in the United States.

Can we establish a news bureau office in the United States?

Talk to our attorneys about the L-1A and E-2 visas, to establish a physical office in the United States.

It is important to keep in mind that the ‘I Visa’ is not a suitable class of visa for foreign journalists seeking to replace or augment American journalists reporting on events to a domestic (American) audience. H and O visas may, however, be suitable classes of visa. Our attorneys can advise you as to the appropriate visa class.

‘I Visa’ Application Eligibility and Use

Foreign journalists working for an overseas affiliate or branch of a United States media organization may meet ‘I Visa’ criteria if they seek to enter the United States to report on news events for a foreign audience and will continue to be paid by the foreign based office.

Freelancers, holding credentials issued by a professional journalistic organization, and working under an employment contract on a news package to be used outside of the United States are eligible for an ‘I Visa’.

Bona fide broadcasters, distributors, producers and talent, who are essential to your media organization, and will be filming informational movies or television shows, based on news gathering sources in the United States, for broadcast outside of the United States, will on the face of it be eligible for ‘I Visa’ classification.

In the experience of the attorneys at Greenwood Hanlon Kendrick, features and stories based on current events and sports are considered informational in nature, and as such are suitable I visa assignments. On the other hand, entertainment based events, such as reality shows, are not primarily informational, and as such will not meet I visa criteria. The Department of State typically does not consider documentaries involving staged recreations with actors as informational.

I classification may be accorded not only to primary employees of foreign information media engaged in filming a news event or documentary, but also to the employees of independent production companies if the employees either:

Employees of overseas independent production companies engaged in filming news events or documentaries may be accorded I visa classification if they hold credentials issued by a profession journalistic association.

US Corporate and Media Immigration Attorneys representing start-ups and existing entities looking to establish or grow their business in the United States. We work with artists, entertainers, essential employees, executives, families, HR departments, investors, media, traders and more across all industries.
This site uses cookies. View our privacy and cookies policy to learn more.